The Texas Legends have announced a partnership with UBALLN that makes the new basketball app the presenting sponsor of the Legends’ local player tryouts. UBALLN is an app that allows people to find a competitive pickup basketball game in their area. The games  are rated on the app by the player’s experience level, so anyone can utilize it and find a game that’s right for them. The app went live nationwide on the App Store in May and will go live in the Google Play Store later this month.

“UBALLN is a fun new way to expose even more people to the game of basketball,” said Legends President/General Manager Malcolm Farmer. “Which is right in line with our mission here at the Legends. The app not only finds a game for everyone, but it makes it easy to build a basketball community wherever you are.” 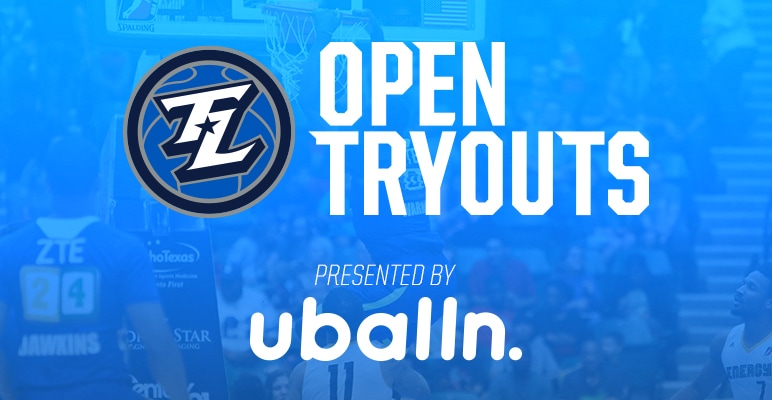 As the presenting sponsor of tryouts, UBALLN will also hold two spots for their own competitors. The UBALLN team will hold independent tryouts Aug. 31 st to determine who will get this opportunity. “We launched the app nationwide in May and are excited to utilize this partnership to spread the word here locally,” said Jeremy Gaston, Founder of UBALLN. “This will give some of our local basketball players the opportunity to compete for a chance to play at the highest levels, and we get to be the conduit for that opportunity.”

The partnership with the Legends also opens a new door for UBALLN at the Comerica Center as the team hosts the first UBALLN session on the Legends home court. The schedule for that run will be announced at a later date on the app and Legends social media.