Nate Hinton – A native of Gastonia, North Carolina, Hinton arrived in Texas two years ago to play for the University of Houston.  Earning AAC honors both seasons, the 6- 5 forward averaged 8.8 points, 6.4 rebounds, 1.5 assists, and 1.2 steals.  As a sophomore Hinton started all 31 games knocking down 38.7% from three and putting up 10.6 points, 8.7 rebounds, and 2.0 assists per game.

Tyler Bey – A 6-7 power forward from Los Angeles, Bey was drafted by the Philadelphia Sixers with the 6th pick of the 2nd round in the 2020 NBA Draft.  The Mavericks acquired Bey via a trade the following day and later signed him to a two-way contract.  Bey played three seasons at Colorado earning All-Pac-12 First and Second Team, All-Defensive Team, and Player of the Week in his final two seasons.  As a sophomore, Bey put up 13.5 points, 9.9 rebounds earning a full-time starting role and the Pac-12’s Most Improved Player of the Year award.  Last season his growth continued as he was named Pac-12 Defensive Player of the Year and finished averaging 13.8 points, 9.0 rebounds, 1.5 assists, 1.6 steals, and 1.2 blocks per game. 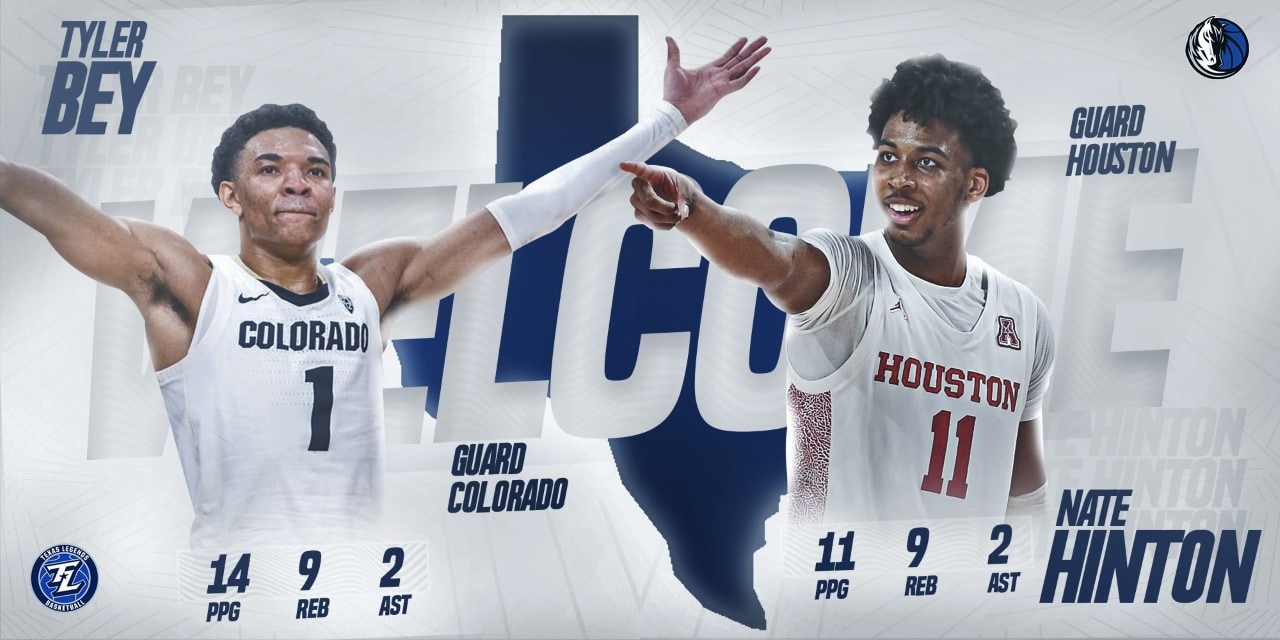