The Texas Legends have announced the next edition of their virtual Pursuing Excellence event featuring special guest Matt Doherty.

Doherty experienced success in basketball from an early age, winning a state championship in high school before becoming a starter on the 1982 North Carolina Tarheels’ National Championship team (alongside Michael Jordan, James Worthy, Sam Perkins, and Jimmy Black).  The Long Island native has served in various facets of the game of basketball throughout his career, spending a majority of his time as a college coach.  His first opportunity as a head coach came at Notre Dame, and a year later he was hired by the University of North Carolina where he won the ACC regular season championship and earned AP Coach of the Year. 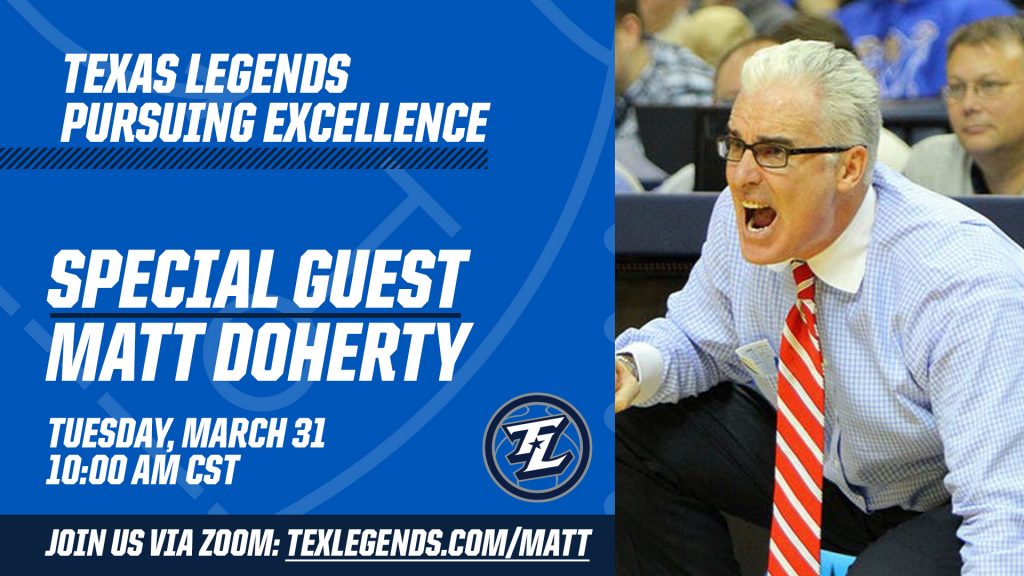 Doherty has also worked as a college basketball commentator and NBA scout, and most recently was the associate commissioner of men’s college basketball for the Atlantic 10 Conference.  The interview will focus primarily on leadership and the lessons Doherty has learned coaching that can be applied to business and life.

The event will be broadcast live this Tuesday, March 31st at 10am CT on Zoom.  It is free, but registration is required: https://tinyurl.com/svntuxh.