The Texas Legends have announced a new addition to the rafters for the 2019-20 season on the Legends’ Hall of Fame Wall. The 10th anniversary celebration will be memorialized with a banner celebrating the 10-year mark and all the fans who made it possible.

The 10-year banner will have the Legends special anniversary logo with the names of all the Legends season ticket holders for the 10th season around the logo. Fans have until Oct. 8th to purchase season tickets and have their names included on the banner.

“We are excited to celebrate our 10th season with our community,” said Legends President/General Manager Malcolm Farmer. “We couldn’t think of a better way to celebrate that than to incorporate the names of the fans who have made it all happen at the heart of the celebration.” 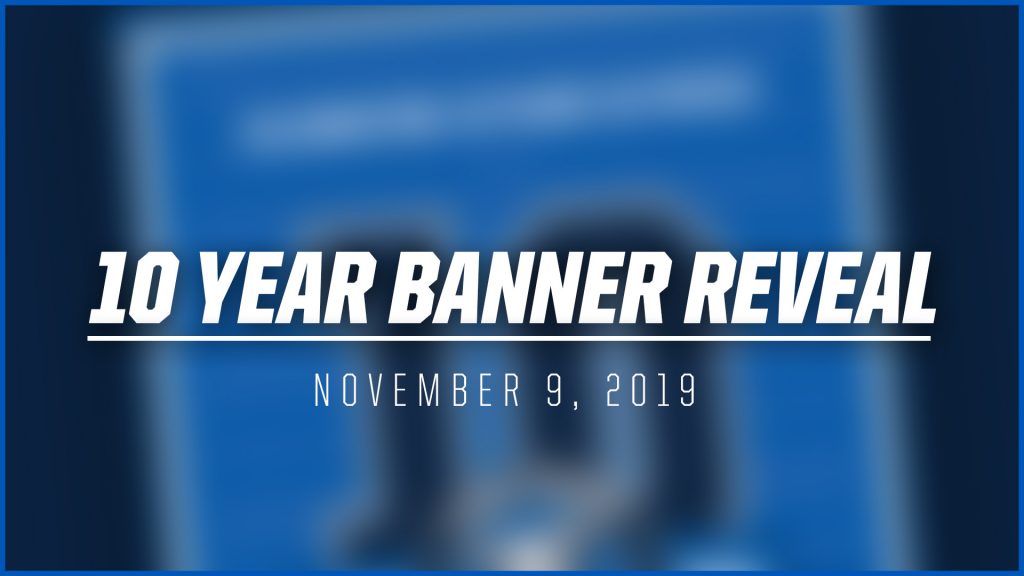 Those in attendance at the home opener will see the banner hung and receive a commemorative 10-year poster. The banner will join only five others hanging from the Hall of Fame Wall—Legends’ former head coaches Nancy Lieberman (first female Head Coach of a male team under the NBA umbrella), Del Harris (current Vice President of the Legends and Lifetime Achievement Award recipient), Eduardo Najera (first Mexican-born Head Coach under the NBA umbrella), and front office staff Marques Haynes (Hall of Fame Class of 1998 and Legends Good Will Ambassador) and Spud Webb (current President of Basketball Operations and former NBA Slam Dunk Champion).

“We designed the anniversary logo to celebrate 10 years of being involved in and supported by this community,” said Legends Vice President of Entertainment & Technology Kyle Judkins. “The banner is our way of showing them we mean that. We wanted to truly make a place in Legends history for those who have supported us this far in this journey, and hopefully they can see a small piece of our appreciation hanging in the rafters every game.”

The Legends began celebrating their 10th season earlier this summer with a video series looking back on the last 10 years. The series compiles stories of success and memories both on and off the court.

The Legends 2019-20 season schedule has been released and single game tickets are now on sale! Download the full schedule and get tickets at www.TexLegends.com.