Texas Legends guard Patrick Miller recorded a new season-high 23 points off the bench as the team defeated the Austin Spurs 108-107 in front of a “pinked out” crowd at Dr Pepper Arena. – Highlights

The two teams split the first quarter, each taking an eight-point advantage between two lead changes.  The Spurs held the lead heading into the second and maintained through halftime despite a 23-16 effort by the Legends.

Deshaun Thomas powered out 8 points and 4 rebounds in the third as the Spurs held on for a 74-71 lead going into the final quarter.  Halfway through the fourth the Legends took control, building a six-point advantage with seconds on the clock.  Keifer Sykes and Nick Johnson hurried for five but a missed opportunity at the free-throw line sealed the Legends victory. 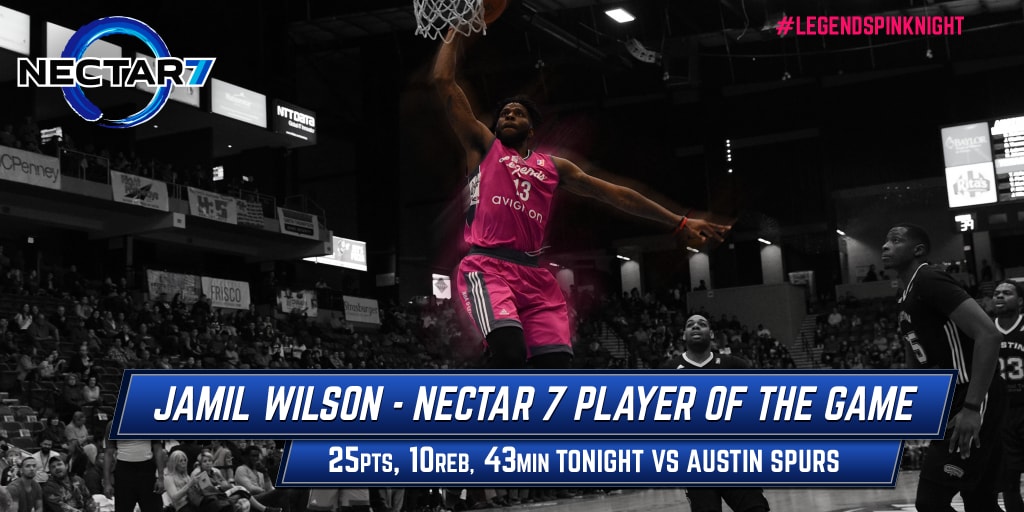 Jamil Wilson led the Legends with a full line of 25 points, 10 rebounds, 4 assists, and 3 blocks.  Patrick Miller came off the bench to add 23 points, 3 rebounds, and 6 assists and Tu Holloway tagged on 22 points, 6 assists, and 3 steals.

Sykes grabbed 28 points, 4 assists for the Spurs while Cady Lalanne added a double-double of 22 points, 11 rebounds.