The Legends have announced the long-awaited 2021-22 season schedule.  The 50-game schedule will open on the road but see the Legends returning to the Comerica Center on November 12th for a first-time back-to-back series against the Birmingham Squadron (New Orleans Pelicans affiliate).  The team will play their final game of the regular season at home April 2nd for fan appreciation night against the Austin Spurs.

The Legends will play 24 home games, 24 road games, and 2 neutral site games as in seasons past; however, this season’s schedule features a new two-part format with a 14-game Showcase Cup and a traditional 36-game regular season.  The Showcase Cup involves 12 games (6 home, 6 away) that will determine qualification for the single-elimination tournament at the G League’s annual Winter Showcase (2 neutral).

Following the Showcase Cup, team records will reset, and a traditional 36-game regular season will be played.  Teams will be split into Eastern and Western conferences and will qualify for playoffs based solely on the regular season records.

The G League now consists of 29 teams and G League Ignite.  Ignite and the Mexico City Capitanes will participate in the Showcase Cup but will only play select exhibition games thereafter.  The League is split into conferences as follows:

The Legends will play a total of four games against Eastern Conference teams with a back-to-back on the road in Lakeland and a two-game homestand against Greensboro in the Showcase Cup.  The regular season will feature only Western Conference matchups.  The full schedule breakdown is below 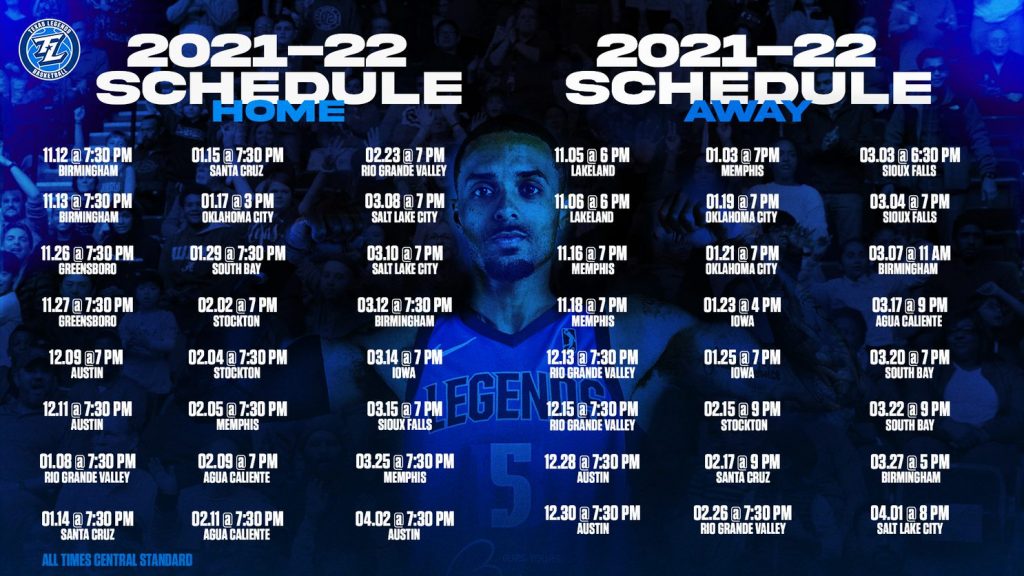