— Mariloff Diamond In The Rough Call Up–

FRISCO, TX, (Dec. 19, 2017) – Texas Legends guard Kyle Collinsworth has signed a two-way contract with the Dallas Mavericks the team announced today.  The call-up is the first for the Legends this season and the sixth of the NBA G League season.

Collinsworth (6-6, 210, BYU) has appeared in all 18 games (18 starts) for the Legends this season averaging 11.4 points, 8.6 rebounds, 4.8 assists, and 1.7 steals.  In the last five games, Collinsworth tallied four straight double-doubles, narrowly missing a triple-double twice by one mark, and finished it off with a season-high 24-point performance to go along with 9 rebounds. 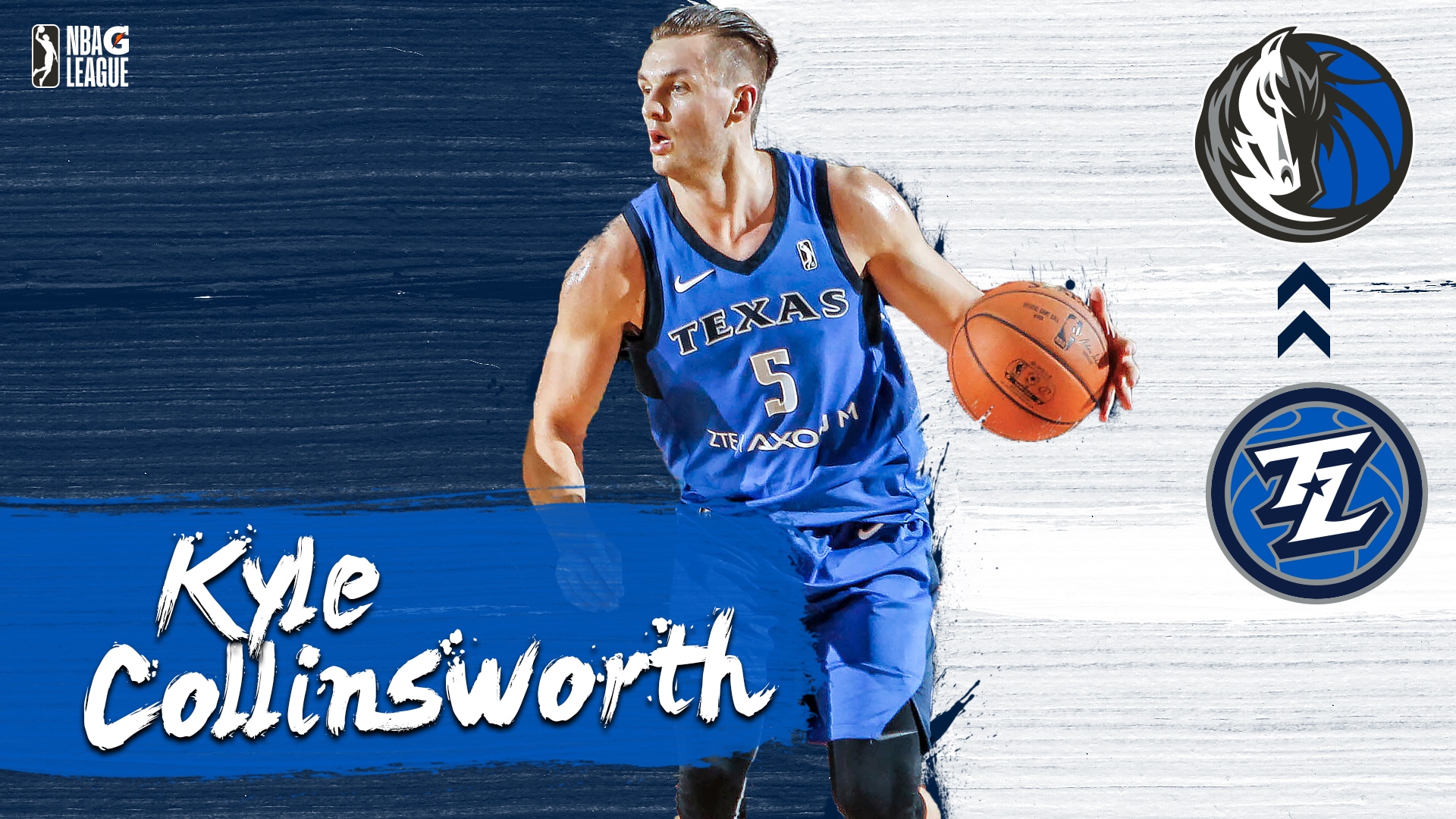 “Kyle has been playing at a very high level and I am thrilled he is getting this opportunity with the Mavericks!” said Legends Head Coach Bob MacKinnon.

Collinsworth joined the Mavericks for the 2016-17 preseason, seeing action in five games and grabbing 1.2 points, 3.2 rebounds, and 1.4 assists in 11.0 minutes per game.

The Provo-native played four seasons at BYU, averaging 15.3 points, 8.2 rebounds, 7.4 assists, and 2.0 steals as a senior and being named WCC Player of the Year.  Collinsworth also earned the nickname “Mr. Triple-Double” in his time with the Cougars, setting the NCAA record for triple-doubles registered in a single season.

“I’m blessed to have the opportunity to play for the Mavs organization,” Collinsworth said.  “I’ve worked and visualized this day and I’m excited to make the most of it!  Big thanks to Coach Mac (Bob MacKinnon), the entire coaching staff, and my teammates for helping me get to this point!”

The Legends will take the road for the next four games before returning home January 6th to host the Iowa Wolves at 7:30pm CT.