They say you have to cut your teeth in any business, and nobody personifies the basketball coaching journey more than George Galanopoulos. On Tuesday, the 30-year old was announced as the new head coach of the Texas Legends.

“I knew I was a candidate for a while, but I found out officially a couple days ago. I met with (Team President and General Manager) Malcolm (Farmer) and (Vice President of Basketball Operations) Al (Whitley) and they officially offered me the position. I said, ‘yes, where do I sign?’ It was a no-brainer, obviously, a wonderful opportunity, and I’m excited to get started.”

Galanopoulos is a true basketball lifer, his journey to the anchor of the Legends coaching staff having gone through many leagues and levels of competition, as well as countries.

He served as an assistant coach for the Legends in the 2016-17 season, when the Legends won a franchise-best 25 games (a number they bested the following season with 29 wins) and helped facilitate a club record five NBA call-ups. 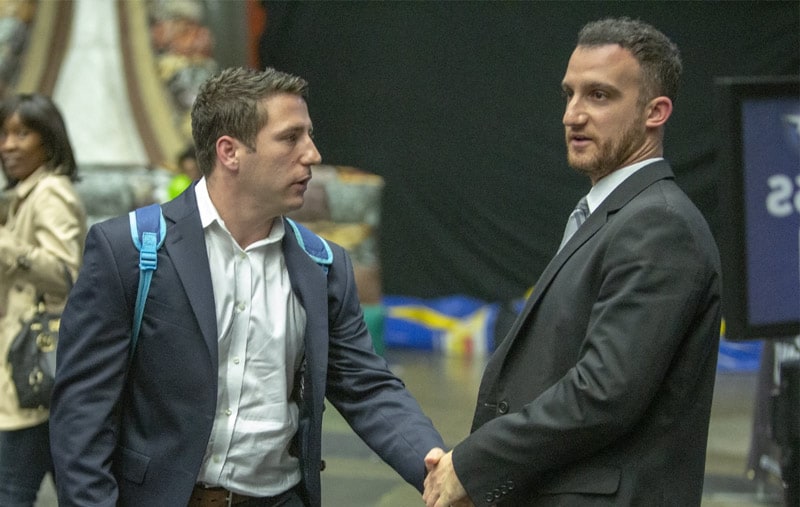 The Chicago native is notorious amongst the teams he’s been with for his availability. Prior to his first Legends gig, he was a basketball operations intern with the G League’s Bakersfield Jam. In just three years, he had ascended to assistant coach.

His path then went overseas when he took a position in New Zealand’s NBL, journeying back to the States the following year to join the Dallas Mavericks as a player development intern. The following season, he would become part of the Legends staff.

2016 was the first season in Frisco under a new coaching regime, headed by Bob MacKinnon. The all-time leader in G League call-ups, MacKinnon was impressed with Galanopoulos when he coached against him years prior. The veteran coach hand-picked the up-and-comer to join him with Texas and became one of Galanopoulos’ greatest inspirations.

“Just to be around him every day and learn from somebody that has been around the game for so long, he taught me so many different scenarios and opportunities and different things,” says Galanopoulos. “He just helped me so much in mentoring me how to be even more of a professional and how to work every single day to help players get better. He’s instrumental in my development. He had a huge impact.”

MacKinnon was approached to coach the Uganda national team in early 2017, but was unavailable to commit. After just one season together, he recommended his young apprentice for the job.

“Obviously, the most tangible things (MacKinnon provided) are the opportunities with the Legends and with the Uganda national team,” Galanopoulos says. “He was approached to coach that team and couldn’t do it at the time and he recommended me. Those two opportunities, first and foremost, I’m grateful for.”

Not even 30 when he took the Uganda job, Galanopoulos immediately brought a level of respectability, integrity and credibility to a historically inferior Ugandan club. They usually struggled against international competition, like Angola, who defeated Uganda by more than 50 just a couple years earlier. However, under Galanopoulos, Uganda nearly upset Angola at the 2018 FIBA Africa Champions Cup.

“The coaching experience alone is something that really helped in my development,” Galanopoulos says of his time with Uganda. “Just to have the opportunity to run a team, organize practices, organize gameplans…I was able to find my voice.”

Of Greek descent, Galanopoulos has traveled from Chicago to California to New Zealand to Texas to Uganda and back to the Lone Star State, with pit stops at different corners of the globe, accumulating an impressive wealth of knowledge and experience.

Being a head coach is not easy. Or anyone could do it. I certainly couldn’t. The Uganda expedition helped the fast-rising coach learn some valuable lessons to take home.

“You realize, when you become a head coach, how difficult it is because there’s so many different decisions to be made on a day-to-day basis. And then once the games start, there’s a decision you have to make every second. It helped me in my development as a coach in all those aspects. Coaching games, getting that game experience. I’ve coached in blowout losses, I’ve coached in really close wins. In the nine games I coached (with Uganda), I got really valuable in-game experience.”

For the past two seasons, Galanopoulos has done just about anything and everything with the Dallas Mavericks as a member of their video team. It’s a path well-traveled for aspiring coaches, and he’s gained an abundance of insight from his time with the Mavs organization.

“Besides the obvious opportunity to watch a lot of film and learn the game from a completely different perspective, one of the most gratifying things about it was the relationships that I was able to build with the coaching staff. The individual relationships you’re able to cultivate on a day-to-day basis because you’re working so closely with them.”

The Mavericks have been coached by Rick Carlisle since 2008. One of the best basketball minds of this generation, his assistant coaching tree and day-to-day operations team has given Galanopoulos a lot to learn.

“The Mavericks, over the last few years, have had some phenomenal basketball minds and great people. The opportunity to not only watch video every day, but to watch video, work with them and have those conversations and learn as much as you possibly can from guys who have been around the game for a long time, that’s what made the experience just as valuable as anything else.”

Basketball has never been more of a global game, with the new Legends head coach a perfect personification of the game’s reach across states, countries and continents.

“One of the most valuable aspects of all those different experiences is you meet a lot of different types of people. When you expand your horizons and coach anywhere from Legends camps and 8-year old kids, all the way to the Uganda national team, you’re coaching people across a large scale of cultures and personalities and different backgrounds. 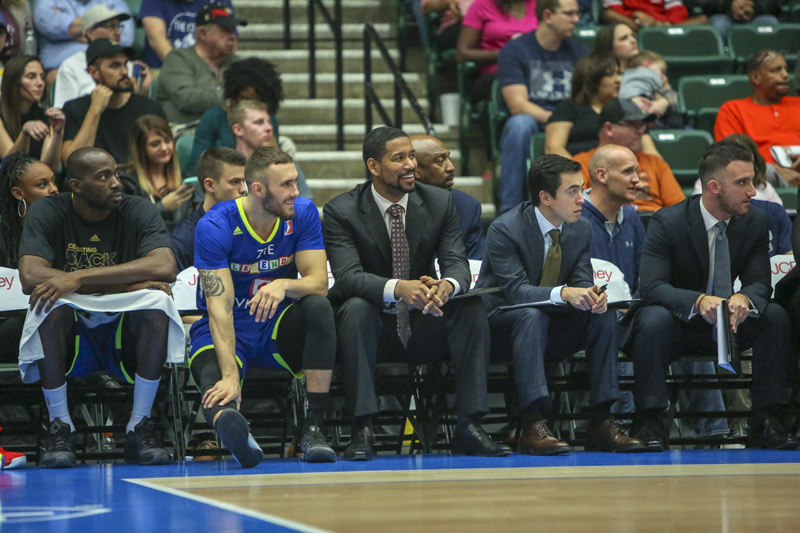 “I think it just makes you a better communicator. It makes you more self-aware. And also it cultures you. It teaches you a whole different perspective on people. Having the opportunity to work with a wide array of people has been really gratifying. Not just in the relationships you build, but obviously it’s helped a lot in my approach as a coach.”

The next step is a big one for George Galanopoulos as he takes the reins of the Texas Legends. It’s his life’s work and a well-deserved promotion, and you can’t help but think this is only part of a future NBA coach’s epic journey through the basketball world.