When the Texas Legends announced Bob MacKinnon as their new Head Coach last June, they knew they were getting the right man for the job. After coaching stops in Colorado, Idaho, Springfield and Los Angeles, MacKinnon brought his experience of over 30 years at the collegiate and D-League levels to Texas.

Looking to reshape their basketball culture and enhance their community lifestyle, the Legends recruited a man behind a record 17 NBA Call-Ups and the chosen instructor of the D-League’s Elite Mini-Camp as well as National Tryout for the past seven years.

Well the 2016-17 season has concluded and the results speak for themselves. MacKinnon coached the Legends franchise to their winningest season in their seven years of existence. “It’s satisfying because we did it with a lot of players and we were successful in leading the league in call-ups. I thought that was the biggest thing in developing players and the mission statement I thought of our organization was one that we met. That is developing players, being an integral part of the community and winning. I thought we were able to accomplish all three of those things. When you accomplish goals that you set out, it becomes a very satisfying thing.”

“Every time you get a guy and an NBA team calls you up and says ‘hey, we’re gonna bring this guy in, sign him to a 10-day and let him compete at our level,’ it’s tremendously satisfying. It’s almost like winning a championship. These guys work so hard and they put it out there for you every day trying to get their goals. When you can be a small part of that for them, it’s incredibly satisfying.”

Because of the rate at which MacKinnon helps players to their NBA dreams, coupled with the natural in-and-out shuffle of a D-League roster, he had the complex task –well, not to him– of mixing and matching 23 different players. That’s almost a different player every other game. But like any other challenging task, it’s all an opportunity for the veteran coach.

“As a teacher and someone who loves to teach the game, it’s a great experience. This is not college and it’s not the NBA, it’s a whole different thing. When you love teaching the game, this is a great arena to do it in because you’re teaching all the time because you do have a lot of turnover. You’re dealing with different people all the time so you have to teach to different learning styles. You always have to be aware of that and for me it’s incredibly invigorating to do.” 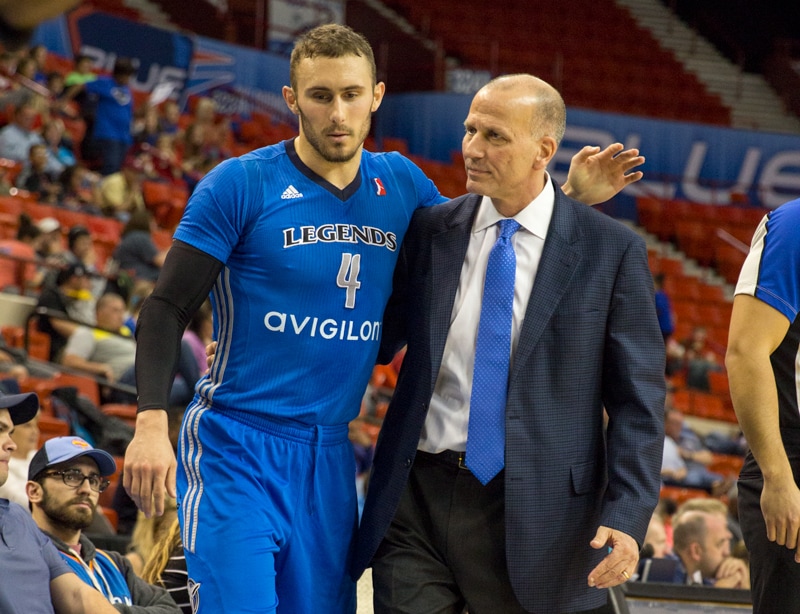 Talking with players that have come and gone and come back and gone again, there’s a common thread pulled on when it comes to playing for “Coach Bob,” as many of the players affectionately put it. Team chemistry was never an issue for this team, a welcome development considering the constant turnover with the roster.

“Again you talk about what the mission statement of our organization is. First and foremost, that starts with good people. I was very fortunate with the staff we hired as assistant coaches (Coach Mac makes a point to acknowledge all five of his assistants by name). Zendon Hamilton, George Galanopoulos, Zach Chu, Charlie Bell, Vin Baker and all these people that are in this thing everyday with us are good people.” Despite all of his inspiring coaching credentials, what makes Coach MacKinnon truly Bob MacKinnon is his humanity. A lot of coaches are forced to be involved with the fans and the community, but this is something the leader of the Legends looks forward to. 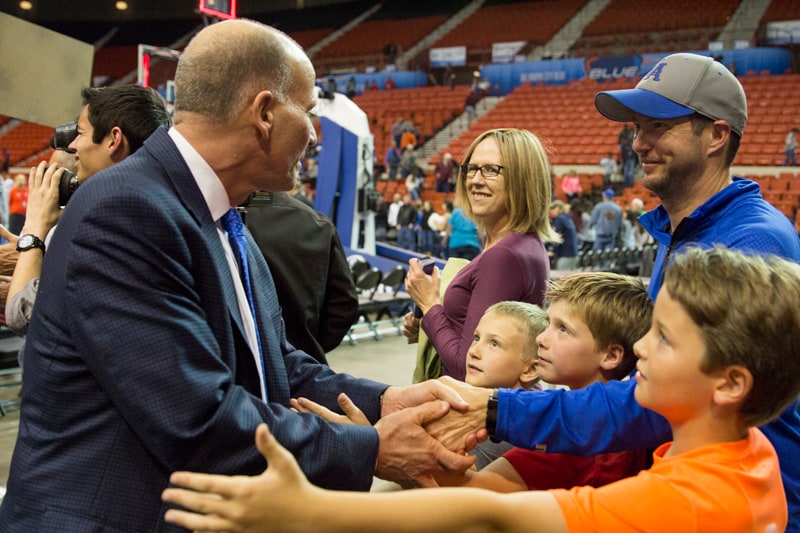 “Love it. Love it. Absolutely love it. The fans here are fabulous. Every night there’s energy in the building and our players feed off that. It makes it so much easier to coach in this environment than any other place in the league. It’s another reason why Frisco, I believe, is a destination place for D-League players.”

When I ask Coach what he is most proud of from the since-gone season, his answer unsurprisingly has absolutely nothing to do with basketball. “There’s a lot of different things. First thing, when we had the ‘Wipe Out Kid’s Cancer’ Night. We had 17 of those young people who unfortunately are going through a tough time with cancer, they came in our locker room and spent time with our players before, at halftime and after the game. Our players were so willing and wanted to be a part of their lives. To see that was moving and better than anything you can imagine from a basketball perspective. That is what this organization is all about.”

The Legends raised the bar all across the board in 2017 and it started with Bob MacKinnon. With the year behind him, it’s time for Coach MacKinnon to be father and husband MacKinnon.

“I’m gonna go home. Get a chance to spend some great time with my wife and sons. Then hopefully the Legends will ask me to come back next year and we can set more records in every department: call-ups, player development, wins, community appearances, attendance records. Let’s go after it all again.” 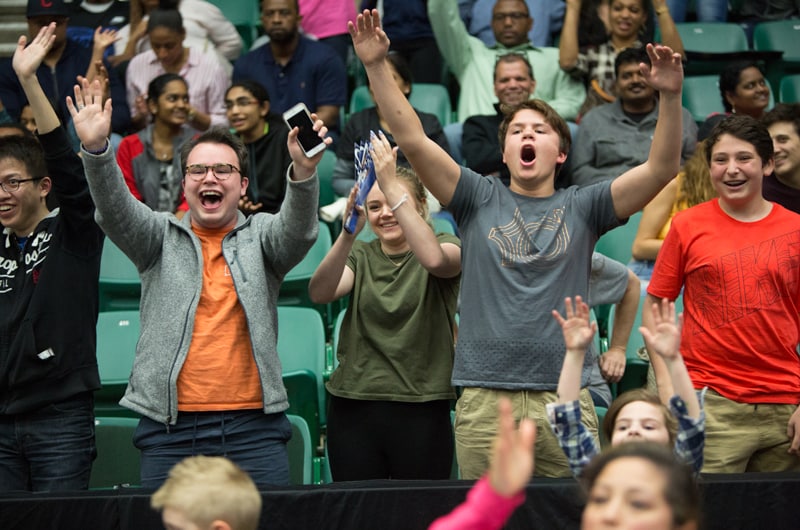