The Texas Legends have announced a familiar face moving into the role of Head Coach for the upcoming 2019-20 season, former assistant George Galanopoulos.

“We are thrilled to bring George back to Frisco and give him the opportunity to move up into a new role,” said Legends President and General Manager Malcolm Farmer. “He’s been a valued member of the Mavericks family for years and we are pleased to have somebody come in who is already familiar with the organization, staff, and fans.” 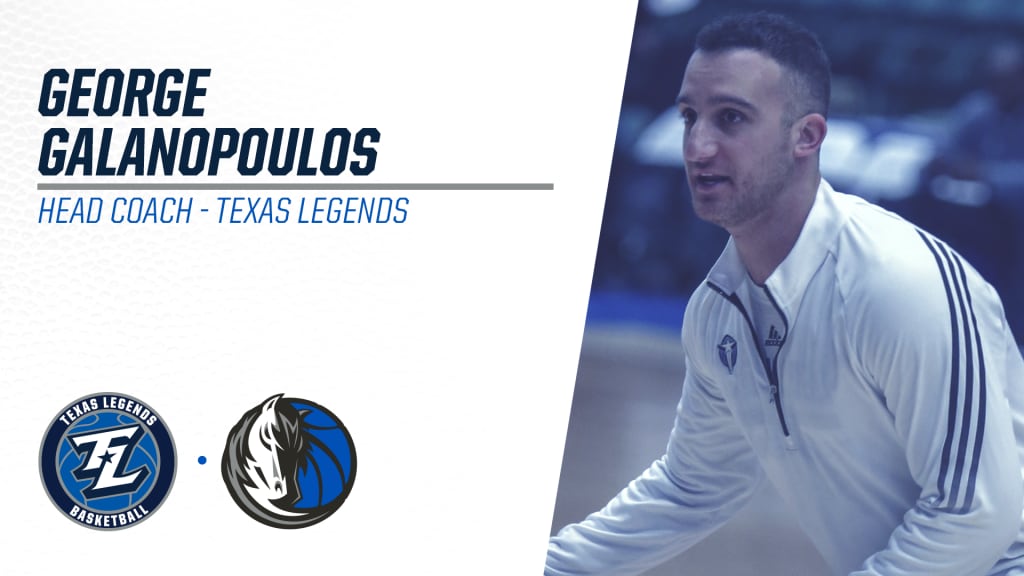 Galanopoulos spent the last two seasons as a video coordinator for the Mavericks and is currently on the bench with the Summer League team in Las Vegas. His first role with the Legends came out of an internship with the Mavericks as well when he went from player development intern in Dallas to assistant coach in Frisco.

“George has worked hard for the past four seasons in the organization and that clearly has not gone unnoticed,” said Vice President of Basketball Operations Al Whitley. “He has earned a reputation with both the Mavs and the Legends for his work ethic and basketball IQ. We are thrilled to promote from within and give this opportunity to someone so deserving.”

The Chicago native earned his first head coaching role after the 16-17 season when he took over as head coach of the Uganda National Team, and he has served in that capacity for the past three summers.

“I am so thankful to the Legends and Mavericks organizations for this opportunity,” said Galanopoulos. “This is a dream come true and I can’t wait to get started. I’ve learned so much already from my various roles within this organization and look forward to continuing to grow. The opportunity to help develop Mavs and Legends players both on and off the court is something that I believe in very strongly and can’t wait to dive into.”

Along with G League, NBA, and FIBA international, Galanopoulos’ resume includes collegiate experience. While at Indiana University, Galanopoulos worked with the Hoosiers’ men’s basketball team, which helped propel him to his first position with the NBA G League’s Bakersfield Jam.

Pending NBA review, Galanopoulos will be the sixth head coach in the franchise’s history as the Legends head into the historic tenth season in Frisco.

“Being familiar with the team definitely helps. I already know the culture, the framework, and the expectations, and I know this is definitely a special organization. My experience at every level has helped prepare me for this role, but my time with the Legends was invaluable and it’s great to bring that full circle.”