6,000 fans per game? Check. 24 successful charity nights? Check. Lead the league in attendance? Check. But for Texas Legends President and General Manager Malcolm Farmer, none of these major feats compare to the one thing he aims for above all else: the fan experience.

Of course you need fans for the fan experience and the Legends saw them come out in droves, but keeping your fan is arguably more important than bringing them on board. Staying connected to the people that support the team and being a power player in the community means just as much to Farmer and his staff as all the accolades. 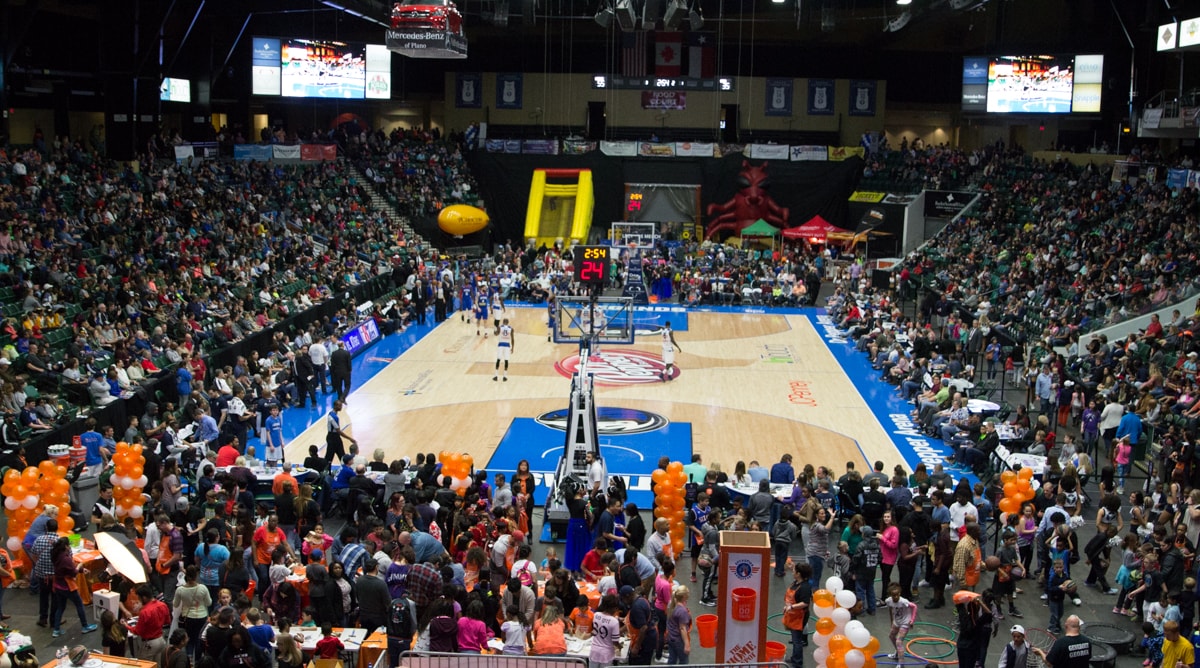 What happens all around DFW also happens at Dr Pepper Arena. “I think we reflect that at our games as well. With elementary schools coming out to sing the national anthem or to sing God Bless America. To have a philanthropic cause associated with every night. We truly try to put the fans first and the center of attention.” 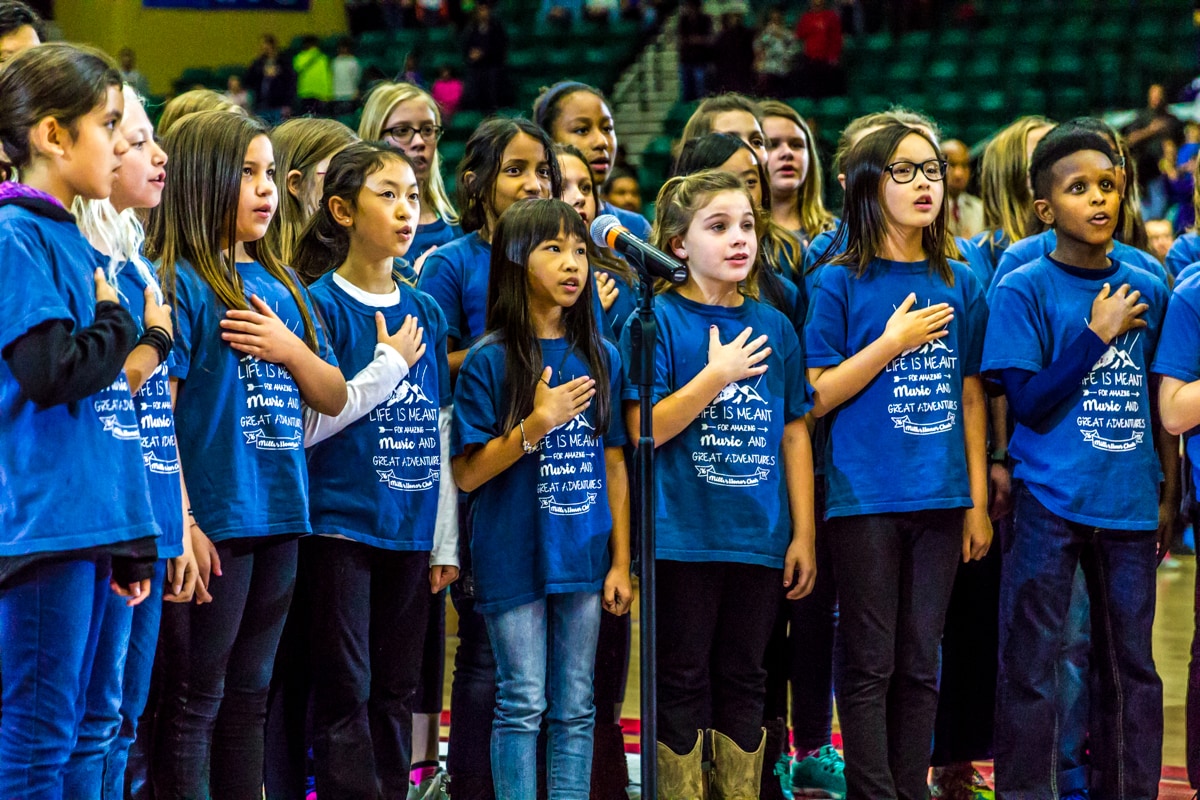 The Legends broke franchise marks on the court this season as well. Those mean just as much to Farmer. “Certainly we want to put a good product on the floor, we want to win games, we want to, even more than that, see players called up to the NBA.”

However, his primary goal and responsibility is the fans. “The fans are what the team is all about. Without the fans there is no team. For us, the fans are truly the center of attention. The true hero of our games, the true celebrity is the fans themselves. I think you see that with the way we put them on the court, signing autographs after the games. During timeouts and on the video boards during the game, we want to make the game an experience. It’s about the game, but it’s more about the fan.”

“Literally every single thing we do is based around ‘how can we make our fan experience better at our games, at our events in the community, at our season ticket holder parties, all of it.’ It’s all about enhancing that experience. It is first, second and third on the priority list every single day.”

While Head Coach Bob MacKinnon was leading the team to a franchise record 25 wins and five NBA Call-Ups, the team’s front office was breaking their own records.

“We successfully had 24 charity nights again. I can say with one hundred percent certainty that they were bigger, better, more awareness and more dollars were raised this year than ever before. That’s really a testament not to the Legends, but to our fans. We led the league in attendance once again. We exceeded 6,000 fans per game which is fantastic. It’s been a tremendous season in that regard. I’d say the fan engagement levels were higher than they’ve ever been before: the manner in which our fans engaged with us both at the games, on social media and in the community.”

Fans of all ages come out to Texas Legends games, but the team is renowned for the way it brings families together and creates a memorable environment for kids. “In our North Dallas community, it’s all about families. It’s all about kids and parents and giving them something to go do together and create those lasting memories.” 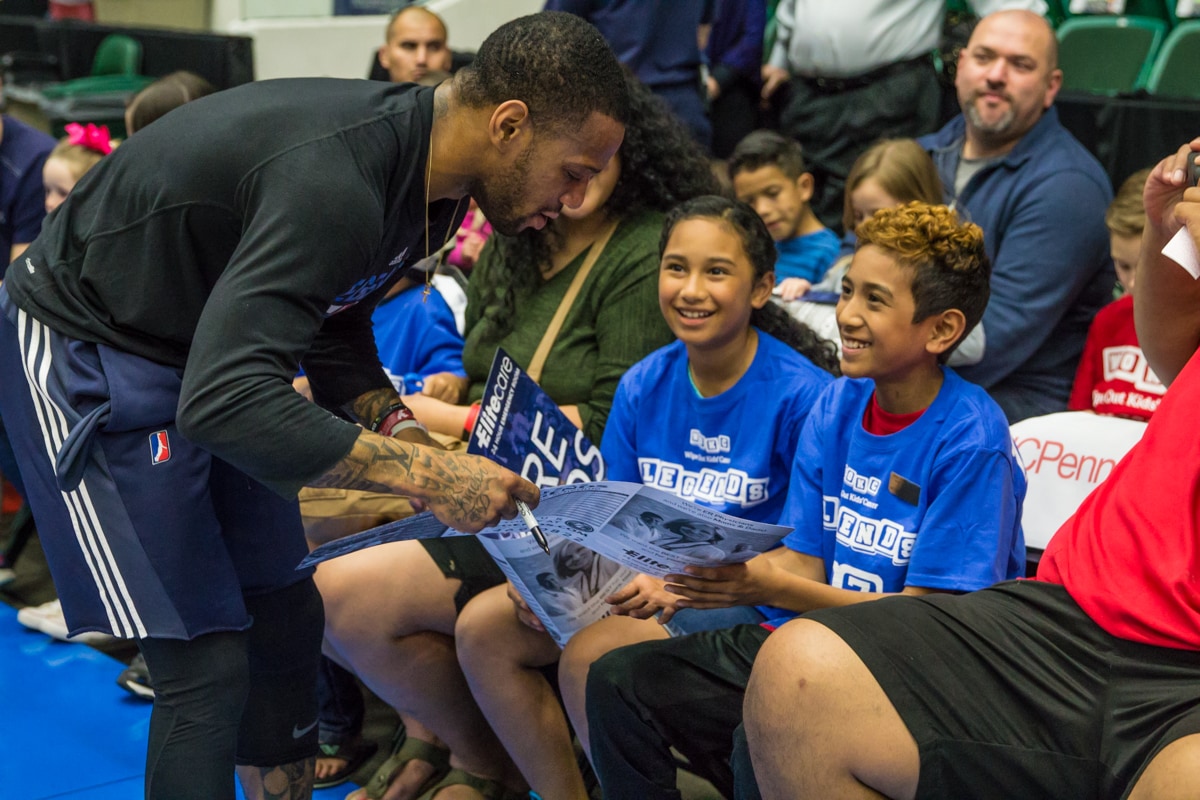 “Who doesn’t remember going to a sporting event as a kid with their parents, grandparents, uncles and aunts? Add to that experience getting a picture with the coach or a player and creating those lifetime memories of not just the sporting event but the family experience.”

Kendrick Bryson is a basketball guy. As a fan he appreciates the level of basketball he can see in Frisco without paying Dallas prices.

“With the ticket prices being so affordable, family, groups or individuals that may not be able to afford a Mavs game can still attend a professional basketball game with the Legends,” Bryson says. I personally brought one of my players not knowing until we got there that it was his first ever  professional event to attend and he was so excited about all that was happening, especially meeting all of the players following the game.”

“I love being able to take the kids to see the level below the NBA to highlight the true journey some take,” says Legends’ fan Terrence Thomas. “They also enjoy the attractions for them as it adds greatly to their experience.” 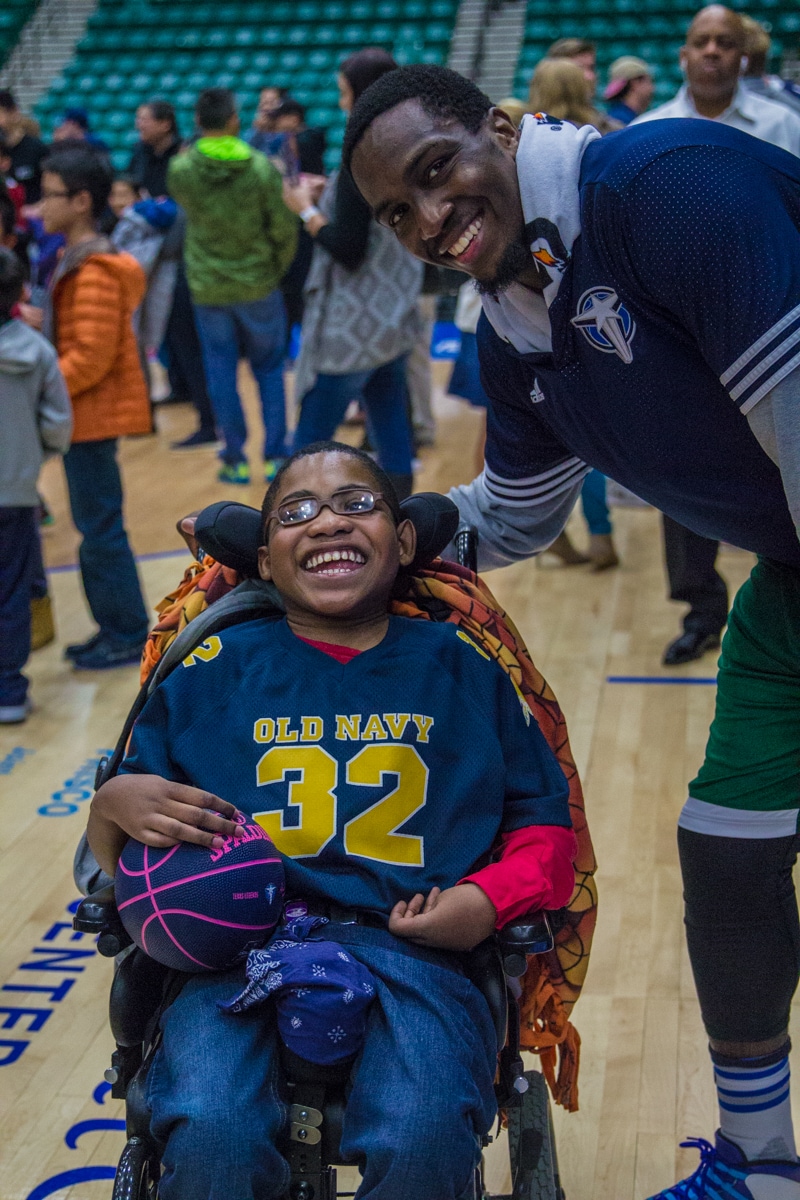 Numbers were smashed and seats filled up quicker than ever in Frisco during the 2016-2017 season, but there’s no rest for the weary. The braintrust of the Legends is never not working on what is next and every staff member is involved.

“We have weekly staff meetings where any ideas can be thrown out there about how we can enhance the experience. It can be something extremely small, down to having jalapenos in the Owner’s Club food line to something much bigger like a new entertainment concept at our games. Every single day that’s our focus and as a group we get together once a week to focus on all those items. Whatever we can do to grow year to year, we’re gonna do. We’re not the least bit satisfied with what we’ve done.”

At the end of the day, all of the hard work from Malcolm Farmer and his team can be measured in one simple expression. “Just seeing smiles on kid’s faces throughout and after the game. That’s really all that matters. If you’re a parent or relative, to know that kid had a good time at the game, you’re gonna go to sleep happy.”