Every player’s path to their NBA dreams is different from the next. For Wade Baldwin IV, it’s been one of many unique stories already told and he’s still just 21 years young.

Drafted 17th overall in 2016 by the Memphis Grizzlies, Baldwin became the third-highest pick in the history of the Vanderbilt Commodores basketball program. A lifetime of hard work had made him part of history.

“It was like ‘thank you,’” Baldwin says about draft night. “I’ve been underappreciated, I feel like, by the masses, not to people who played with me and have seen me. I’ve always gotten great respect from my peers but from the outside I was always kind of looked at second. I played with Karl-Anthony Towns, who was ranked number one, in high school. I was always the second guy. Going to a camp, I was always the second guy. But now I was put in a position where it was my time to shine.” 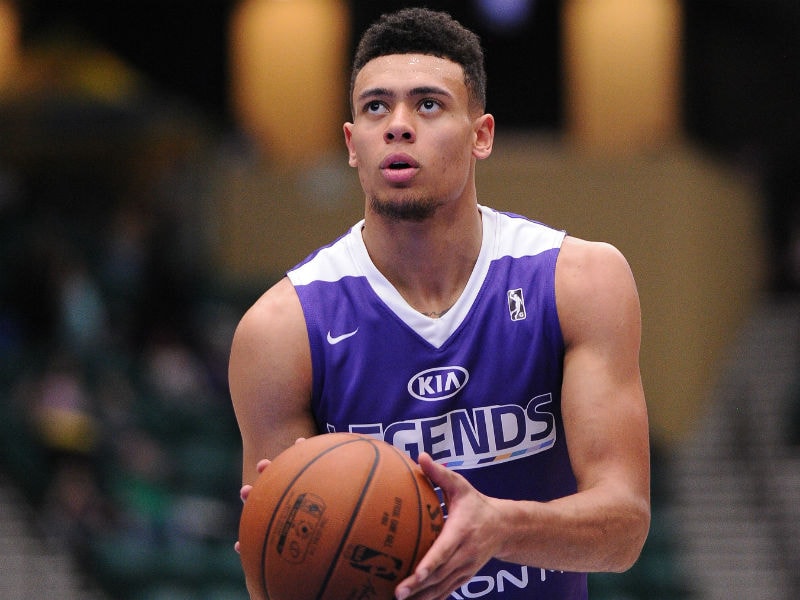 Before he was a Grizzly or even a Commodore, he starred alongside future first overall pick Towns at St. Joseph High School in Metuchen, New Jersey. When it came time for the next level, he found a home away from home in Nashville, Tennessee.

“I had a lot of Ivy League school offers. Stanford wanted me to take the ACT again in the fall but I wasn’t trying to do that. Vanderbilt kind of put the pressure on me in terms of recruitment. I was a four star, not top 100 recruit. I took my visit there and had no idea that I’d be in the position I am today and wanted to go for the education. I came out as the first player in Vanderbilt history to leave in two years.”

Uncertain about his long-term basketball outlook, that all changed after a very good freshman season. Baldwin does everything as a point guard from scoring to passing to rebounding. His dad compared him to hometown star Jason Kidd of the New Jersey Nets growing up and little did he know how right he was.

Baldwin’s sophomore season was the final question answered regarding his basketball future. He averaged 14.1 points, 5.2 assists, four rebounds and solidified his prospects to play at the next level. What changed?

“Crazy confidence. I spent a lot of time in Houston with (former NBA player) John Lucas and with Pro City Sports and trainers up in New York. I just got crazy confidence, a lot of shots up and coming back for my sophomore year just blasted off.”

Baldwin began a love affair with the state of Tennessee. Moving to Nashville for college and then Memphis for his first taste of the NBA, he’ll always have a reliable fan base in the Southeast. “I love the state of Tennessee. I love Nashville. I had a great time in Memphis when I was there. I felt like I was a Tennessee kid. There were people that thought I was from Tennessee because it’s where I had been for the past few years.”

Draft night is always a night to remember and Baldwin was surrounded by many friends and of course his family, as tense as they were. “My mom was nervous. My dad was sweating. We didn’t expect that we would be going at 17. We thought it would be earlier. But that night, man, it was awesome. Having my entire family, friends all go out to my draft party after was cool celebrating my success. With all of them that were there, they all played a huge role in how that all happened in a small or big way. Just getting drafted by a team in any sense, it was just incredible.”

Dad liked to compare his son to Kidd but son had his eyes on another star player down the East coast. And for a pretty great reason.

“I grew up a Miami Heat fan. I was a big fan of Dwyane Wade when he got drafted in ‘03. He had the first converse shoes that said ‘Wade’ on them so I was telling everyone at middle school that these were my signature shoes.

“I was a big Dwyane Wade fan. I was a Heat fan until LeBron came there and when I got to high school and college I became a Russell Westbrook fan. I really fell in love with the Thunder and then got drafted and now I’m a fan of whatever team I play for and just the game in general.”

In his first pro season with the Grizzlies, things came full circle and it was a pretty “Vin-sane” coincidence. “The first NBA game I ever went to was to watch Vince Carter with the Nets. I get drafted and I’m on Vince Carter’s team. That was my welcoming to the NBA right there.”

After appearing in 33 games his rookie season, Baldwin moved on from Memphis and trekked to the West coast for a change, signing a two-way contract with the Portland Trail Blazers. Baldwin had multiple two-way offers on the table but saw a prime opportunity with Portland.

“When I got released from Memphis, I waited like four or five days. I had a couple options between what teams wanted to offer me a two-way. I just looked at the guards they have there with Dame (Damian Lillard) and C.J. (McCollum). They offered me a little bit more days, a little bit more money so I took that opportunity.

“They have a tremendous coaching staff. I love the way their guards play so if I can fit into them, you know it’s great. They don’t have a G League team so I knew it was kind of open. Maybe now I won’t be under just one (NBA) team. Now the Mavs can see me. It was a perfect fit. Coach (MacKinnon) has the most call-ups in G League history and the whole recipe is right here for me. Now it’s all on me.” 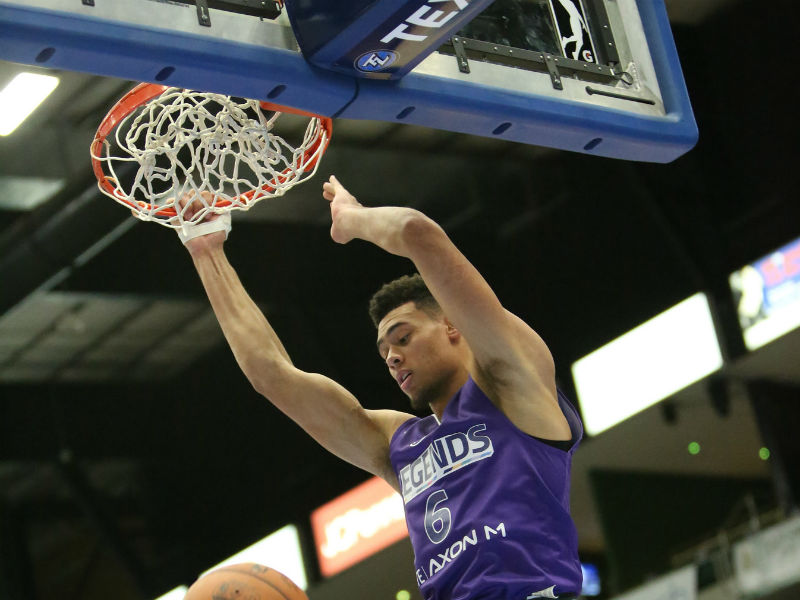 “I think my dad would probably yell at me if I didn’t (keep the tradition). I’m definitely going to be having a fifth. I think ‘Baldwin V’ on a jersey is going to look really cool. Everybody thought initially that I wasn’t going to continue it but I definitely am. Hopefully it continues to grow and there’s a ‘Baldwin X.’”

Before we get to X or even V, right now we’re watching Episode IV unravel in front of our eyes.