Coverage will begin with the Legends’ home opener Friday, Nov. 12th which will air on Bally Sports Southwest on a tape delay.  The team will host a first-time double-header against the G League’s new Birmingham Squadron, affiliate of the New Orleans Pelicans.

“Bally Sports is truly the home for sports in the Southwest and we are excited to be a part of that,” said Legends President Malcolm Farmer.  “Our broadcast production team is one of the best in the business, and it’s great to have the best platform to showcase them on.” 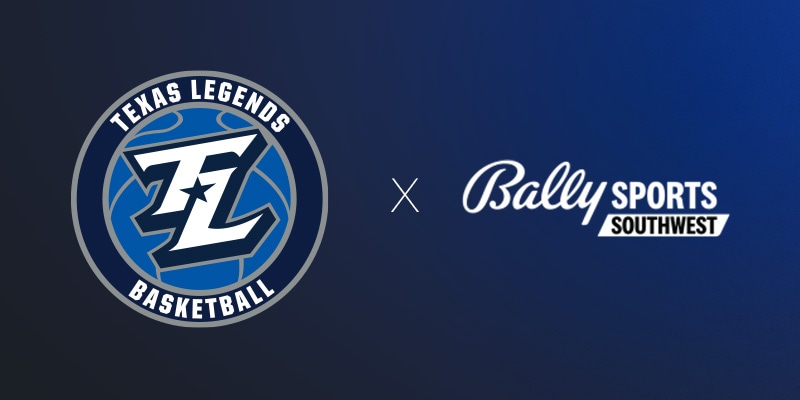 Texas Legends programming airing on Bally Sports Southwest will stream live on the Bally Sports app and on ballysports.com when a consumer authenticates through their pay-tv service.  The Bally Sports app is available on mobile and tablet devices, including iOS and Android, as well as the following connected devices: Amazon Fire TV, Android TV, Apple TV, Google Chromecast, Roku Players and Roku TV, and Xbox One.  Fans can also download the app for free from the iTunes App Store, Google Play, Amazon App Store, Roku App Store, XBOX One App Store and Windows App Store.

The full broadcast and streaming schedule is below: