What do all of these guys have in common? They became Texas Legends after open tryouts.

In each season the Legends have organized their annual open tryout, at least one player has gone to training camp with the team. In fact, the club usually takes three to four tryout players to camp.

G League open tryouts aren’t just for the G League team. Teams like the Legends invite nearby personnel to do some recruiting of their own.

For those who don’t make Legends camp, and the team obviously can’t take all 200-plus participants with them, there are eyes and ears in the highly connected basketball world on hand.

The semi-pro Dallas Heat, a partner of the Legends who play in the Universal Basketball Association, came to look at prospective talents and left with multiple targets for their roster.

Few participants leave with nothing to show for their day. Some leave with the opportunity and chance of a lifetime.

A year ago, that chance seemed like a distant wish for 24-year old Jevon Thomas.

Thomas, from Queens, New York, started his college basketball career at Kansas State in 2013. After two seasons, he transferred to Seton Hall near home to be with his young son. 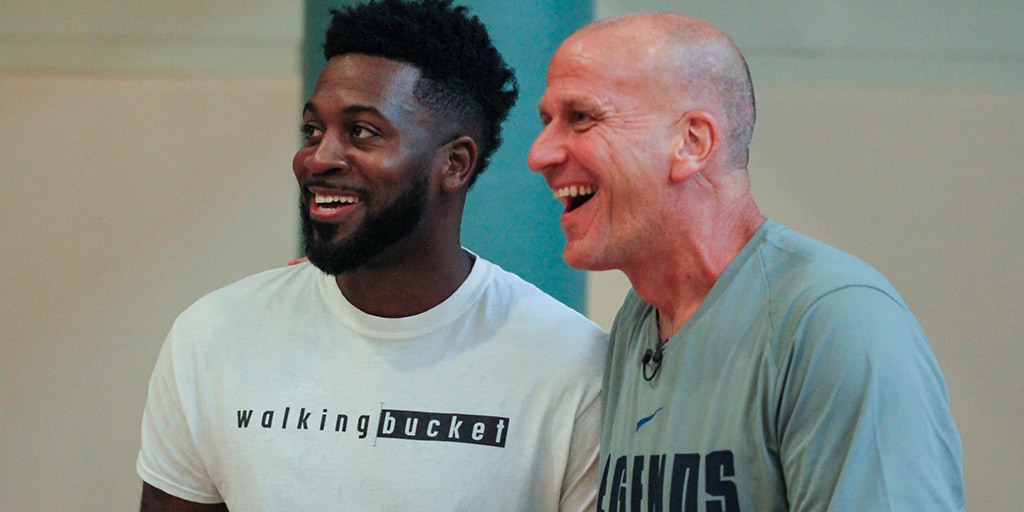 “You don’t know personnel and have to figure everything out,” Thomas said after his second of five games. “I grew up on the playgrounds so I used to go to the park all the time, switch teams up, go to different parks. So I’m kind of familiar with it but it’s been a long while since I’ve been on the court with a bunch of other guys.”

Roughly six foot, he spent the morning and afternoon at the rim dishing or doing it himself. But as he says, it has been a long while since he’s played consistent ball.

He didn’t play his senior year at Seton Hall after his best friend passed away. There was also an off-the-court incident in a pick-up game and Thomas decided to drop the game he admits to loving so much and take some time off.

Now living in Midland, Texas, he discovered the open tryout online and left at 3:00 a.m. Saturday morning to suit up for the festivities beginning at 8:30, hours later. Why did he wake up and drive the same day? He only had to pay a one day hotel fare in Frisco.

Since putting the game aside, he’s been itching to get back. Back to a place in his life he’s comfortable with, and also back to basketball.

“I’ve just been trying to find any opportunity to get my foot in the door. Even if I don’t make the team, someone sees me. I’m just trying to get any opportunity. I saw the tryouts and said ‘why not’ and tried my luck.”

He’ll know soon the fruition of his efforts, but he hopes to have caught the eyes of the many decision makers in attendance.

A pair of those eyes belong to returning Legends coach Bob MacKinnon, who recognizes the stakes at hand. I caught him during a quick recess, in which his phone only whistled three times in under two minutes.

“To get to the G League is very competitive,” the third-year Texas coach said. “It’s the second best league in the world. What we do is watch to see if (a player) does something to catch your eye and you want to keep watching them.”

“As you keep watching them through the course of the day, you figure out if they fit in to what you want to do.”

A slim chance is still a chance, as Jim Carrey famously uttered in “Dumb and Dumber.” Somebody has to make it. In fact, three or four will make it. To training camp and then wherever from there the doors have opened.

One of those players could be Jevon Thomas. Like he said, “why not?”